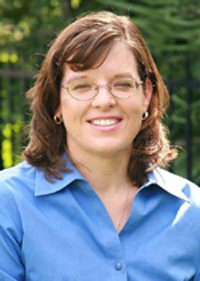 Jennifer Swanson’s award winning Penny and Rio early chapter book series features interactive books that lead to exceptional learning. To celebrate National Children’s Book Week, she will be offering a curriculum giveaway. She also announces the release of the third book in the series, Penny and Rio: The Diamond Collar Adventure.

[May 6, 2010, Jacksonville FL] To celebrate National Children’s Book Week, Jennifer Swanson, author of the award winning Penny and Rio Series, will be offering a free copy of her curriculum suggestions to anyone who purchases a copy of  Penny and Rio: The Mysterious Backyard Meeting from her website.  Designed by the author, Jennifer Swanson, M. S. Ed., the packet includes exciting and interesting ideas for how to use the Penny and Rio books in traditional or homeschool classrooms.  Provoking discussion questions, interactive role-playing assignments, even suggestions of similar books for text-to-text connections will engage students and get them thinking like the dynamic canine detectives.

“Teachers and parents”, stated Ms. Swanson, “will enjoy using these curriculum suggestions in any learning environment.  In no time children will be seeing dogs in a new and fascinating light. Perhaps they will see they have a dog detective of their very own, right in their own backyard.  The possibilities are limited only by a child’s imagination.”

The third installment in the award-winning Penny and Rio early chapter book series, Penny and Rio: The Diamond Collar Adventure, will be released in July 2010.  In this book, the dynamic canine detectives escape from the backyard for the first time in search of a valuable diamond collar lost by Hannah, the beautiful show dog.  As Penny and Rio search for the misplaced treasure, they encounter Ted, the lovable but clumsy collie, Sarge, the belligerent and forceful German shepherd, and an obstacle of epic proportions. Just when it feels like Penny has reached the end of the adventure, the prize is ripped from her grasp. Solving this new problem will take all the ingenuity and determination these dog detectives can muster.

“I am thrilled,” continued Ms. Swanson, “to announce the release of the third book in the Penny and Rio series. This exciting adventure will have readers digging, sniffing and jumping through obstacles right along with the canine detectives as they clear the hurdles to complete this adventure on time.  The suspenseful ending will throw the reader a loop as the intrepid pet detectives must use their heads to solve the problem like never before.”

Ms. Swanson’s books have won numerous industry awards. Both of her books, Penny and Rio: The Mysterious Backyard Meeting, and Penny and Rio: The Locked Doghouse Mystery, have won a Mom’s Choice Silver Awards for Juvenile Fiction – Early Reader. The Mom’s Choice Awards esteemed panel of judges includes educators, media and other experts as well as parents, children, librarians, performing artists, producers, medical and business professionals, authors, scientists and others. They have both been awarded The Dove Foundation’s Family-Approved Seal.

In addition to writing books about dogs, Jennifer is committed to helping animals. She firmly believes in adopting dogs, and has taught her children the same values. In support of this goal, Jennifer donates a portion of her proceeds to a local Jacksonville pet rescue organization, G.R.E.A.T Rescue. The organization rescues and rehabilitates golden retrievers and places them in their new and forever homes. Jennifer has also recently teamed with Pawsitive Pets, a local organization that takes dogs into schools to help children learn to read.

Ms. Swanson is available for interview and can be reached using the information below or by email at PennyAndRio AT yahoo DOT com. Her books are available Amazon.com, Barnes and Noble, IndiePendent Books and at her website.

Profile: Jennifer Swanson has been writing since the age of 5. A 1990 graduate of the U.S. Naval Academy, Jennifer pursued her other love of science and became a prep school chemistry teacher.  Her Navy career took her to Norfolk, VA where she was stationed with her husband, Jon.

Her life changed forever when they adopted Penny, their first dog. Penny was a wonderful addition to their family and less than a year later, they adopted Rio, her best pal. Jennifer kept writing during the next several years as she raised three children, supported her naval officer husband and taught both part and full time.

Today Ms. Swanson continues to work on the Penny and Rio series and recently received her Masters in Education. Jennifer is employed as a middle school science instructor for John Hopkins University’s Center for Talented Youth.

Jennifer is an active member of the Society of Children’s Book Writers.  She regularly attends the Florida branch of SCBWI’s conferences in Orlando and Miami. She is also a member of the Florida Writer’s Association.

How You Support The Children's Book Review
We may receive a small commission from purchases made via the links on this page. If you discover a book or product of interest on this page and use the links provided to make a purchase, you will help support our mission to 'Grow Readers.' Your support means we can keep delivering quality content that's available to all. Thank you!
Dogs Jennifer Swanson Mom's Choice Award
Share. Facebook Twitter Pinterest LinkedIn Tumblr Email
Previous ArticleAuthor Showcase: Penny & Rio
Next Article Magickeepers: The Pyramid of Souls (Book 2) by Erica Kirov