8 Books That Offer the Vicarious Experience of Summer Travel Right about now, there’s something in the air. Maybe it’s the lighting or a new scent. But you begin to feel that summer is nearing its end. Before the scaffolding of the school schedule is fitted again, there is another attempt to get rid of routine. This, I think, is the real heart of summer. An earnest attempt to be schedule-less, to open up to unpredictability, maybe even to lose the concept of time. How? Travel. People pack their bags and go. Somewhere. Anywhere. Stay-over-night camp, relatives in another state, another city, anywhere other than where you are, it really doesn’t matter, just as long as rhythms and routines are set aside.

In honor of the real heart of summer, here’s a list of books that send their main characters on a journey, a trip, somewhere new. (And if you and your family didn’t pack your bags this summer, here is the beauty of a book—the vicarious experience of travel.)

Dangerous Waters: An Adventure on the Titanic

In Dangerous Waters: An Adventure on the Titanic, by Gregory Mone, twelve-year-old Patrick Waters sneaks onboard the Titanic. Also on the ship are a book collector and a thief who plans to steal one of the collector’s prize editions. And, of course, the ship is going to sink. Mone has written a real page turner, but not at the sacrifice of language. His narrative world is rich with specific details, making it easy for the reader to imagine. “At Queen’s Road he spotted her looming in the distance. She was a mountain! A self-contained city of iron and steel: eight hundred and eighty feet long. Nearly two hundred feet tall. More than four hundred thousand rivets. How could she even float?”

The Chronicles of Egg: Deadweather and Sunrise

Travel to a place where pirates are your neighbors with The Chronicles of Egg: Deadweather and Sunrise by Geoff Rodkey. Thirteen-year-old Egbert Masterson “Egg” lives on Deadweather with his family and a bunch of pirates. The charm of this story is Egg, whose voice is intimate, quirky, self-deprecating and smart. “The road from the house took us through the lower orchard. The ugly fruit trees were fogged in pretty heavy, and as we bounced down the hill, a few pirates drifted out of the haze to watch us pass. In the misty half-light, they looked like silhouettes of ripped-up paper dolls—half a leg missing here, most of an arm there, a hunk of one skull gone.” Egg is the heart of this book, which is the first in a series, and though the book is nearly 300 pages, if you can get your little reader into this one, you’ll be buying Rodkey’s next book.

More ships and pirates and colorful characters in New Zealand writer, Barbara Else’s The Traveling Restaurant: Jasper’s Voyage in Three Parts. Poor Jasper is neglected by his strange and batty parents, Lady Helen and Dr. Hannibal Ludlow, head of the Workroom of Knowledge. When he’s accidentally separated from his parents and believes the Provisional Monarch, Lady Gall, might be after him, Jasper’s adventure begins. Else creates a strange often fantastical world with a lot of fun surprises: “The solitary boat at the end of the wharf was the most unusual vessel Jasper had ever seen. She seemed almost circular. Instead of being painted in sensible colors with a smart stripe, she had segments of orange, yellow, red, and purple, like a set of paints, so tempting he wanted to dab his finger out and have a lick.”

Justin Case: Shells, Smells, and the Horrible Flip-Flops of Doom

What happens when you send a worrier of a boy to sports camp? In Justin Case: Shells, Smells, and the Horrible Flip-Flops of Doom by Rachel Vail, illustrated by Matthew Cordell, Justin, who is heading into fourth grade, opts for GoldenBrook Camp, a sports camp, instead of science camp, where he went last year. He is no longer a “worried kid anymore.” The problem is, he’s not a “runny-aroundy kid” either. The text is divided up by dates and illustrations as Justin chronicles his camp experiences—the mess hall, swimming, flip-flops, silver sneakers: “At lunch we took food off the platter with our grubby hands, which we didn’t have to wash first. The food was called hockey pucks.”

Travel to Hawaii with the newest in the series, Calvin Coconut: Man Trip by Graham Salisbury, illustrated by Jacqueline Rogers. Calvin is invited by his mother’s boyfriend to go deep-sea fishing off the coast of Kona. It’s the first time he’s been on an airplane, the first time he’s been on such a big boat. Salisbury grew up in Hawaii and that comes across with his wonderful details, such as the toads or bufos that hide in the long grass, making it difficult to mow. My son read this book in an hour, then wanted to read every book in the series. “I really liked learning about the fish they caught,” says my son, who is nine-years-old. “And it felt like I was in Hawaii.”

Isabella Girl on the Go

In honor of imaginative travel, I’m including two picture books on the list: Isabella Girl on the Go and My Name is Not Alexander by Jennifer Fosberry, pictures by Mike Litwin. For Isabella a sandbox becomes the Pyramids of Giza, a fence turns into the Great Wall of China, and a flashlight turns her into the Statute of Liberty: “I am a defender of freedom, and I hold the brightest, lightest beacon of hope.” It’s a wonderful testament to the power of imagination. In the back of the book are descriptions of the places that changed the world so you won’t have to scramble to the Internet to look smart.

My Name is Not Alexander

In My Name is Not Alexander, (there’s also one for girls: My Name is Not Isabella) Alexander pretends to be some of the greats—Thomas Edison, Theodore Roosevelt, Chief Joseph, Fred Astaire and more. It’s a book designed for conversation because your kid won’t know most of these names. Just like the Isabella book, in the back are brief bios of the famous men who changed the world.

The Plant Hunters: True Stories of Their Daring Adventures to the Far Corners of the Earth

I’ve always been fascinated by the adventurers who risked nearly everything for a plant. One of my favorites, The Plant Hunters: True Stories of Their Daring Adventures to the Far Corners of the Earth, by Anita Silvey, introduces readers to the father of modern botony, Carl Linnaeus (1707-1778), who developed a new classification system for plants. Readers also meet Baron Alexander von Humboldt who explored uncharted regions in Venezuela and Brazil in 1800, bringing to Europe an array of different animal and plant life, and a host of other heroic men (yes, men because they could easily leave home and travel the world alone). Silvey discusses what motivated these early adventurers, and the dangers they faced. For instance, the mosquitoes were so bad that Humboldt often buried himself in dirt, slept in trees or rubbed himself down with crocodile fat and turtle-egg oil. Silvey includes amazing photographs of these early explorers. 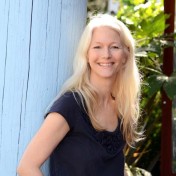