In the Spotlight
HomeBooks by AgeAges 9-12A Curious Tale of the In-Between, by Lauren DeStefano | Book Review A Curious Tale of the In-Between, by Lauren DeStefano | Book Review

A Curious Tale of the In-Between

What to Expect: Ghosts, eerie situations, loss, death, dying, abandonment, and the quest for meaning.

This well-crafted, haunting tale opens with a startling line: “Pram died just before she was born.” As it turns out, her mother hung herself. Pram is being raised—and homeschooled—by two eccentric aunts who manage a home for the elderly in their large colonial house. Because Pram died, she can see ghosts. Her best friend is Felix, a ghost who haunts the pond near the house.

“It was a chilly afternoon, and Pram rubbed her gloved hands together. She was nervous. She’d never introduced anyone to Felix before—not since she realized she was the only one who could see him. She wasn’t entirely sure how this would work.”

When Pram turns eleven, she has to attend public school. Knowing she is different, she tries to keep a low profile. But she meets Clarence, also eleven, whose mother recently died in a car accident. They bond over their mutual sense of loss, which starts them on a dangerous journey: At Lady Savant’s Spirit Show, Clarence hopes to contact his dead mother. Pram would like to find her father, who went away before she was born. She secretly expects Lady Savant to be a phony, but the woman has enough eerie ability to recognize Pram’s powers and sets plans of her own in motion.

Interestingly, some of the issues remain open-ended—the real reason Pram’s mother hung herself; the reason Pram’s father never returned. The close of the story is also open-ended. Another ghost, Adelaide, regretted that her father never finished a book he was writing when she died. But he did finish it, and when Pram finds it at the library, the reader is left to wonder what the pages hold. “It seems like something I’ll understand better when I’m older,” Pram tells Clarence. “Let’s come back for it in a few years.”

A Curious Tale of the In-Between will appeal to young people who like ghost stories and the supernatural and who have issues of loss and unsolved mysteries in their own lives.

Add this book to your collection: A Curious Tale of the In-Between

Lauren DeStefano is the New York Times and USA Today bestselling author of The Internment Chronicles and The Chemical Garden trilogy, which includes Wither, Fever, and Sever. She earned her BA in English with a concentration in creative writing from Albertus Magnus College in Connecticut.

Please show us some love ...
Share on Facebook Share
Share on TwitterTweet
Share on Pinterest Share
Share on LinkedIn Share
Send email Mail
Print Print
How You Support The Children's Book Review
We may receive a small commission from purchases made via the links on this page. If you discover a book or product of interest on this page and use the links provided to make a purchase, you will help support our mission to 'Grow Readers.' Your support means we can keep delivering quality content that's available to all. Thank you!
Tags
books about lossComing of AgeGhostsLauren DeStefanoLossMiddle Grade BooksSupernatural Powers BooksUnsolved Mysteries
Previous Article 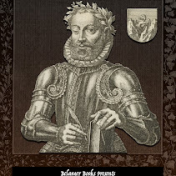