In the Spotlight
HomeBooks by AgeAges 4-8Elvis is King!, by Jonah Winter | Book Review The King is very much alive! This unique picture book tells the story of Elvis Presley. It chronicles his childhood of being a poor country boy and how he was introduced to the world of music through his church with a new guitar in hand. The struggle was real for his family and Elvis often daydreamed longing for more. Little did he know that his life would change exponentially. His music career would explode, introducing not only a new style of dance moves but, most importantly, to an original sound that will forever change the way we hear music.

This cleverly written children’s biography of a legend is so much more than a story. This book creates an experience for readers, starting with the incredibly detailed full-page illustrations that are “hand-built three-dimensional set shots.” Inside the dust jacket provides an entirely different story of how the pictures were created, leaving readers in awe. The story, itself, is divided up with each page representing a specific part of Elvis’ life with a simplistic prose-like stanza. In the end pages, a brief author’s note details more of the historical moments with some photographs and a link to read more and view footage. Overall, a great book to introduce a historical legend to readers of a new generation.

CHRIS SICKELS, the creative force behind the award-winning Red Nose Studio, has illustrated Here Comes the Garbage Barge! by Jonah Winter (4 starred reviews, New York Times Best Illustrated Book Award) and The Secret Subway by Shana Corey (3 starred reviews, Amazon Best Children’s Book of 2016). His 3-D illustrations are built from wire, fabric, wood, found objects, and more. His work has appeared in the New York Times and the Wall Street Journal and as a poster for the NYC subway. He has been awarded three gold medals and one silver by the Society of Illustrators. Visit him at rednosestudio.com or on Twitter @rednosestudio.

What I Tell Myself FIRST: Children... 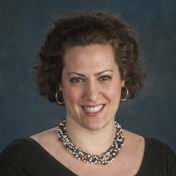