In the Spotlight
HomeBest Kids StoriesWe Are Not Yet Equal: Understanding Our Racial Divide | Book Review
by: Dr. Jen Harrison

We Are Not Yet Equal: Understanding Our Racial Divide | Book Review

Carol Andersen’s White Rage has been immensely influential with adult audiences, and in society in general, but there is no denying that it covers some controversial and disturbing ground.  Too often, these topics are watered down or avoided altogether when it comes to younger readers, so it is absolutely fantastic to see this adaptation of such a hard-hitting volume specifically for a young adult readership.  Adapted by award-winning young adult author Tonya Bolden, We Are Not Yet Equal directly engages the passion and enthusiasm demonstrated by so many young people in the past few years.

We Are Not Yet Equal provides a historical exploration of five key moments in American history where hope for the advance of civil rights was squashed by a backlash of racial hatred and institutionally sanctioned inequality.  It begins by showing how the hope that followed the end of the Civil War was met by the Jim Crow Laws, how African Americans were physically blocked during the Great Migration from accessing opportunities in the North, how Brown v. the Board of Education was countered by the mass shut-down of Southern public schools, and how the Civil Rights and Voting Rights Acts of the 1960s were followed by a war on drugs which viciously profiled African Americans.  Finally, the volume moves into modern times to describe how the hope instilled by the election of Obama was followed by racial violence and, ultimately, the racism tacitly sanctioned by the Trump administration.  Andersen and Bolden are unflinching in their portrayal of the truths of racial division in the United States, and hold no punches for their young audience.  The volume is commendable in the trust it places in young readers to understand and grapple with a bleak social truth, and in its recognition that only through truth can change be effected.

Please show us some love ...
Share on Facebook Share
Share on TwitterTweet
Share on Pinterest Share
Share on LinkedIn Share
Send email Mail
Print Print
How You Support The Children's Book Review
We may receive a small commission from purchases made via the links on this page. If you discover a book or product of interest on this page and use the links provided to make a purchase, you will help support our mission to 'Grow Readers.' Your support means we can keep delivering quality content that's available to all. Thank you!
Tags
African AmericanAfrican American History MonthAmerican HistoryBlack History MonthBloomsburyCarol AndersonCivil RightsHistoryNon-FictionTonya Bolden
Previous Article 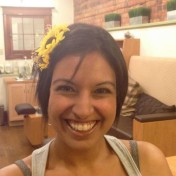