In the Spotlight
HomeBooks by AgeAges 0-3Penguin Problems, by Jory John | Book Review Penguins seem to have an easy life – but it might just be colder on their end of the iceberg than we realize!

Penguin has a problem. Well, lots of problems. Mainly, it’s too cold. And too early. And the ocean smells too fishy. Seriously, did anyone realize how fishy that smells? Penguin’s day starts rough, and just gets rougher. Can’t the fish just swim up to him? He can barely swim as it is! And forget trying to find a friend, or even his mom and dad in a crowd. Everyone looks exactly alike. Penguin is waddling and complaining across the iceberg when he meets with a fed-up walrus. This wise walrus confronts Penguin and reminds him to stop and notice the beauty around him.

“Yes, some things are challenging out here…But hear me now, my new friend: I wouldn’t trade my life for any other, and I am quite sure you wouldn’t either.”

Well. That certainly puts Penguin in his place. He notices that the mountains are rather pretty, and that he has great family and friends (when he can find them). Maybe things are pretty great after all!

Until it gets dark. Then his beak gets too cold.

This hilarious book will make kids and parents giggle. Jory John has an exquisitely dry sense of humor that fans of Jon Klassen (I WANT MY HAT BACK) will adore. Children will love all of Penguin’s super serious but silly complaints. The illustrations are hilarious, and the cover is mesmerizing. Just try looking at it for a few moments without getting dizzy—that’s a lot of penguins in a row! The message of appreciating what you have while you have it will really resonate with children (and adults). It’s easy to forget how many great things we have in our lives, as Penguin shows us.

The ice could always be colder, you know.

Jory John is a New York Times bestselling author of books for both children and adults. He is a two-time E.B. White Read-Aloud Honor Recipient.

Jory’s work includes the New York Times bestselling novel “The Terrible Two,” the award-winning picture book “Goodnight Already!” and the national bestseller “All my friends are dead” and a sequel, “All my friends are still dead,” which received the 2013 ALA Reluctant Young Readers Award. Jory’s forthcoming picture books include “Quit Calling Me a Monster!” (illustrated by Bob Shea) and “Penguin Problems” (illustrated by Lane Smith).

In addition to the books listed below, Jory has written for the New York Times, the San Francisco Chronicle, the Believer, McSweeney’s Internet Tendency, and BuzzFeed, among many other publications.

For more than six years, Jory worked as the programs director at 826 Valencia, a nonprofit writing and educational center in San Francisco’s Mission District, founded by Dave Eggers.

Lane Smith is the author and/or illustrator of several award-winning books for children. He is a two-time winner of the Caldecott Honor for Grandpa Green (2012) and The Stinky Cheese Man (1993). Four of his books have won the New York Times Best Illustrated Book Award and several of his books, including It’s a Book, John, Paul George & Ben and Madam President have been New York Times and Publishers Weekly bestsellers. Mr. Smith has illustrated works by the likes of Bob Shea, Roald Dahl, Dr. Seuss, George Saunders, Judith Viorst, Florence Parry Heide, Jack Prelutsky and Eve Merriam. Some of his most popular books are with frequent collaborator, Jon Scieszka. Mr. Smith lives in Connecticut with his wife Molly Leach, an award-winning graphic designer. For more information, visit: www.lanesmithbooks.com.

Penguin Problems, by Jory John and Lane Smith, was reviewed by Denise Mealy. Discover more books like Penguin Problems by following along with our reviews and articles tagged with Humorous Books, Jory John, Lane Smith, Penguin Books, and Positive Thinking.

Please show us some love ...
Share on Facebook Share
Share on TwitterTweet
Share on Pinterest Share
Share on LinkedIn Share
Send email Mail
Print Print
How You Support The Children's Book Review
We may receive a small commission from purchases made via the links on this page. If you discover a book or product of interest on this page and use the links provided to make a purchase, you will help support our mission to 'Grow Readers.' Your support means we can keep delivering quality content that's available to all. Thank you!
Tags
Humorous BooksJory JohnLane SmithPenguin BooksPositive ThinkingRandom House Books for Young Readers
Previous Article 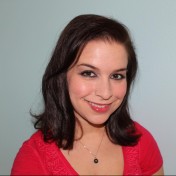